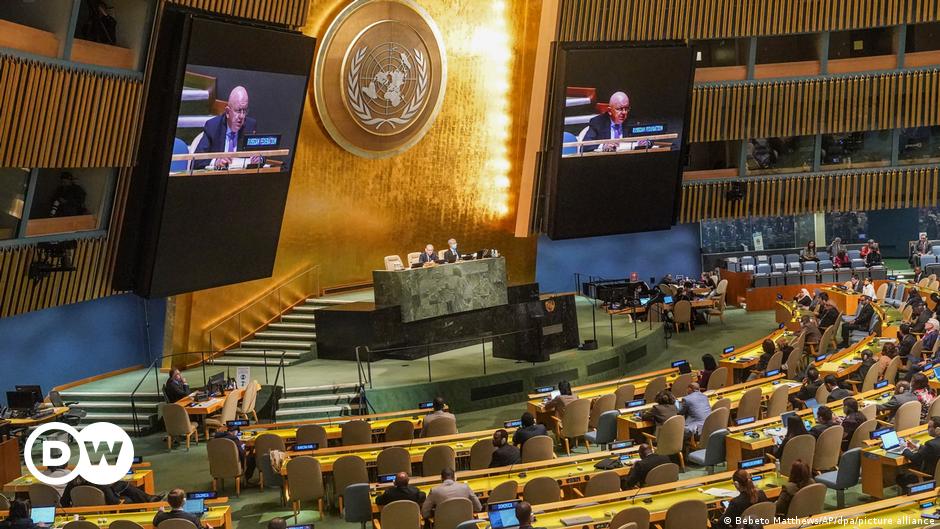 There is no indication that the war in Ukraine will end soon. Nonetheless, the international community is already wondering how to get financial compensation from Russia for the war damage caused by its troops in Ukraine. On November 14, at the UN General Assembly session, 94 countries supported the text of the resolution on this issue. 14 countries voted against and 73 abstained.

Ukrainian Prime Minister Denys Shmyhal in September estimated the direct material losses suffered by Ukraine due to the Russian invasion to date at USD 326 billion. The politician assures that the calculations have been verified by World Bank experts. The number will continue to grow until the end of the conflict.

When repairs are paid

Reparation is the payment of compensation by a state that has committed a crime causing loss. The amount of reparations and the method of payment are determined by international agencies or enshrined in peace treaties after the war ends, explains Paul Gragl, an international law expert at the University of Graz.

Paul Gragl of the University of Graz

One of the most famous acts of reparation is the amount paid by Germany as a result of the defeat of the First World War. At stake was a claim of 132 billion gold marks, which would be paid out over the next few decades. The Federal Republic of Germany, the official successor to the German Reich, sent the last transfer of this amount in 2010. Also after losing World War II, Germany had to pay compensation to the Allies.

There have been several examples of reparations in recent history. One of them is Iraq’s reparations to Kuwait for the 1990-1991 occupation. They are enforced on the basis of resolutions adopted by the UN Security Council.

– He considers this case a precedent, which Serhiy Kyslytsa, Ukraine’s permanent representative to the UN, now also refers to – explains Paula Rhein-Fisher from the European Academy for the Protection of Human Rights at the University of Cologne. 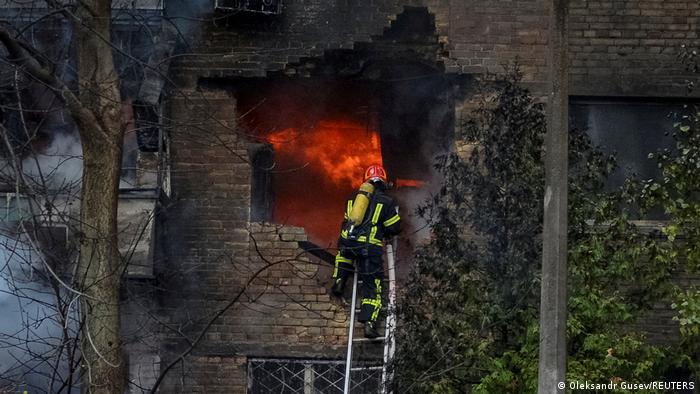 How to make Russia pay?

UN General Assembly resolutions are not legally binding. On the contrary, they have political significance, as they reflect the opinion of the international community. In this way political intent is revealed so that it is not forgotten that Russia as the aggressor is obliged to repair this damage, said Paul Gragl.

Paula Rhein-Fischer also sees the resolution as primarily a political signal. It will be difficult to force Russia to pay reparations using available international mechanisms. – There is a clear jurisdictional issue with the United Nations International Court of Justice (whose decision is final). It can only decide whether the two countries agree to be parties to the trial, he stressed. And Moscow categorically rejects such a scenario.

– A legally binding reparation decision can also be made by the International Criminal Court (ICC) in The Hague – continued the expert. Its powers are limited to dealing with four specific crimes: genocide, crimes against humanity, war crimes and aggression. However, for a court to prosecute the crime of aggression (which could move closer to a decision on reparations), a UN Security Council resolution is required. And of course Russia, which is a permanent member of the Council, will veto the resolution. 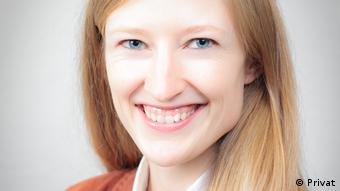 Paula Rhein-Fischer of the University of Cologne

Charges against Russian officials for other crimes committed under the jurisdiction of the ICC are already under investigation, but be prepared that the investigation will take some time.

Paula Rhein-Fischer pointed to a third agency that could theoretically oblige Russia to pay reparations. This is the European Court of Human Rights (ECtHR). However, Russia left the European Council in September 2022 and has not been subject to ECHR decisions since then. The court can only demand that the Russian Federation pay compensation to Ukraine for damages that occurred from February to September this year, the expert explained.

On the other hand, according to the experience of recent years, Russia is not expected to comply with a possible ECtHR assessment. – In addition, it is unclear whether the European Convention on Human Rights applies to the ongoing conflict. At the moment, it seems unlikely that the Russian Federation will pay reparations in the near future, the expert concludes.

There is also discussion over whether Russian assets frozen as part of the sanctions imposed on Moscow can be used to pay for reparations. This primarily concerns the foreign assets of sanctioned companies and individuals, as well as the foreign exchange reserves of Russia’s central bank.

“Of course there is a legal difference between freezing and confiscating assets,” said international law expert Paul Gragl.

“Freezing is just a temporary effect. In turn, the confiscation of Russian assets as reparations will not work without a legal basis, explains Paula Rhein-Fischer. However, a suitable international arbitral tribunal does not yet exist, and a decision to seize assets in this way by a national court would present major legal complications. 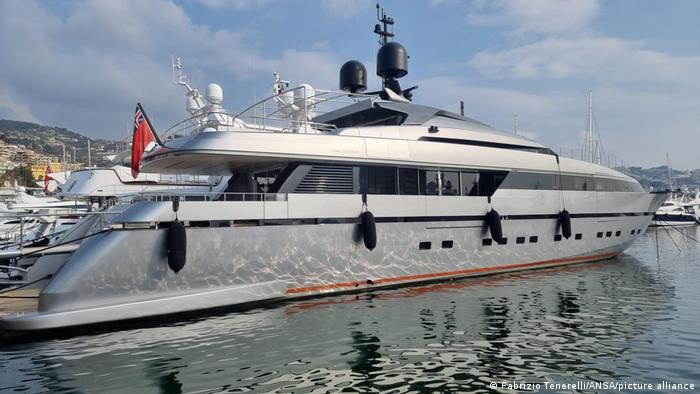 Perhaps a new international mechanism can help here. We read about its creation in the text of the UN resolution of 14 November this year. Deputy Minister of Justice of Ukraine Iryna Mudra previously stated that thanks to this, many countries will be able to “go from discussion to action”.

At the same time, as Paula Rhein-Fischer points out, public property, in this case also Russia’s foreign exchange reserves, are protected by international law from confiscation. However, the UN resolution could be an opportunity to include provisions in an agreement between Ukraine and a third country that would strip Russia of its immunity.

– In my view, this point raises legal doubts, because agreements cannot be concluded to the detriment of third parties, says Paula Rhein-Fischer. In this case, the third party is Russia.

– Another issue is whether such practice can lead to changes in the existing norms of customary international law – continues the expert.

A peace treaty would be the best

According to Paula Rhein-Fischer, it would be less problematic from a legal point of view to lift sanctions against Russia in exchange for agreeing to pay reparations. And the ideal solution would be a peace agreement concluded between the parties, in which Russia would undertake to pay compensation for the damage it caused.

“Unfortunately, this is not possible in the current situation,” he concluded.