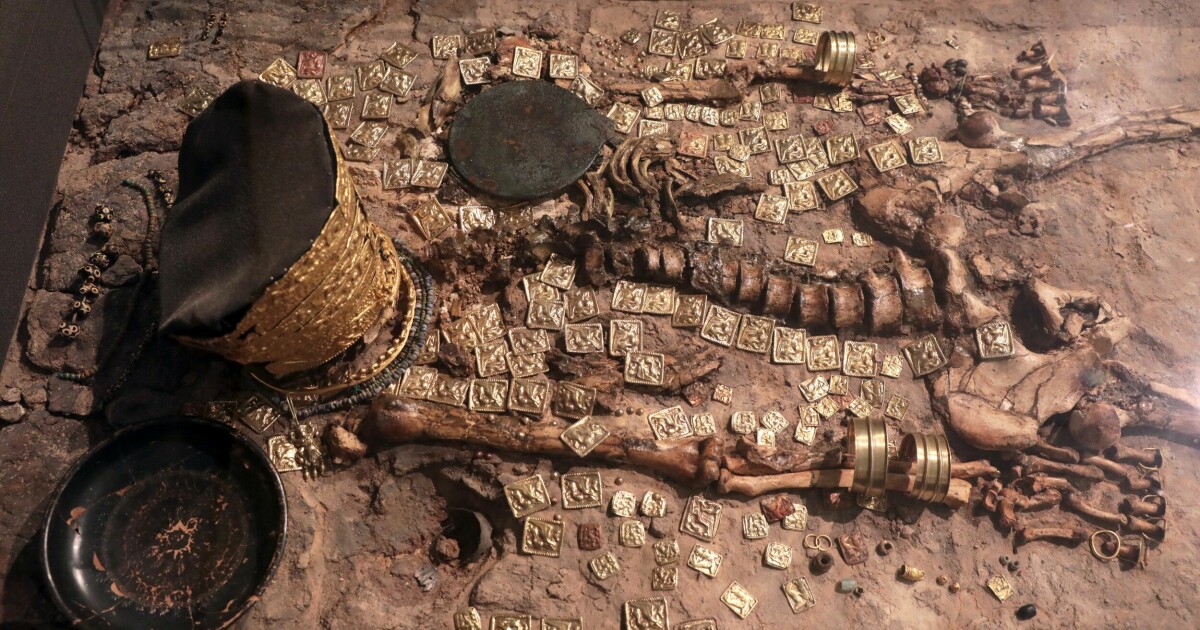 The mayor of the southern Ukrainian city of Melitopol, Ivan Fedorov, was among several who accused the Russian army of being behind the attack.

“This is one of the largest and most valuable collections in Ukraine, and we don’t know where they took it,” Mayor Ivan Fedorov told Ukraine’s state-owned news agency. English.

The gold objects are said to have come from the Scythians, a nomadic people who until about 100 years after Christ lived in what is now part of Ukraine. Scythian art is currently considered a very important part of the cultural heritage of Ukraine.

New York Time reported that a “mystery man in a white lab coat” entered the museum in the city with a group of Russian soldiers.

Using pliers and gloves, the mantle man is said to have retrieved 2,300-year-old Scythian gold objects from a box in the museum’s basement.

The city in southern Ukraine fell days into war, and since the turn of February-March has been controlled by Russian troops.

He said that some of the employees at the museum returned there after the worst of the fighting was over. Ibrahimova said they packed the gold in boxes in the basement of the museum.

An employee at the museum informed the director that Russian troops had threatened him with weapons, and demanded that the employee join and let them into the museum.

On March 11, Mayor Ivan Fedorov himself was kidnapped by Russian troops. He previously described the six days he spent in Russian captivity as “mental torment”.

He described the soldiers who detained him as unprofessional.

Fedorov is now in Rome, but says he has regular contact with people in his hometown of Melitopol. They reported a lack of access to food and medicine.

– It’s not safe to walk around, he said.