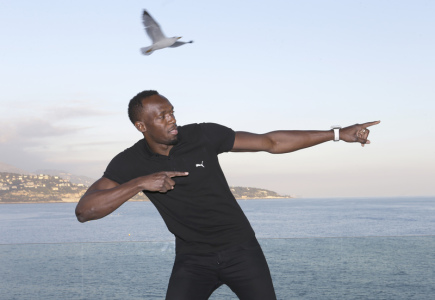 Washington – Jamaican sprint phenomenon Usain Bolt, who ended his career five years ago, has filed for trademark registration in the US. This is about silhouette catch Bolt in a signature move after a winning race. He plans to use it in products such as clothing, jewelry and footwear, as well as in restaurants and bars.

According to CNN, Bolt filed an application with the US Patent Office on August 17. “This is a silhouette of a male in a typical position, with one arm bent and the other arm extended and pointing upwards,” the brand’s description reads.

Bolt often celebrates his gold medal and world record performances with this gesture. The eight-time Olympic and eleven-time world champion still holds the records in the 100 and 200 meters.

“Since he is no longer racing, it makes sense that he wants to grow his business. This winning silhouette is known worldwide. Registering this brand will allow him to offer the product referenced in the application or grant the right to trade it to other parties,” the lawyer said. Josh Gerben trademark.

Bolt filed for the trademark 12 years ago, but it was not under US law at the time. He ended his career at the World Championships in London in 2017.