Norwegian hospitals prepare to prevent the spread of tuberculosis 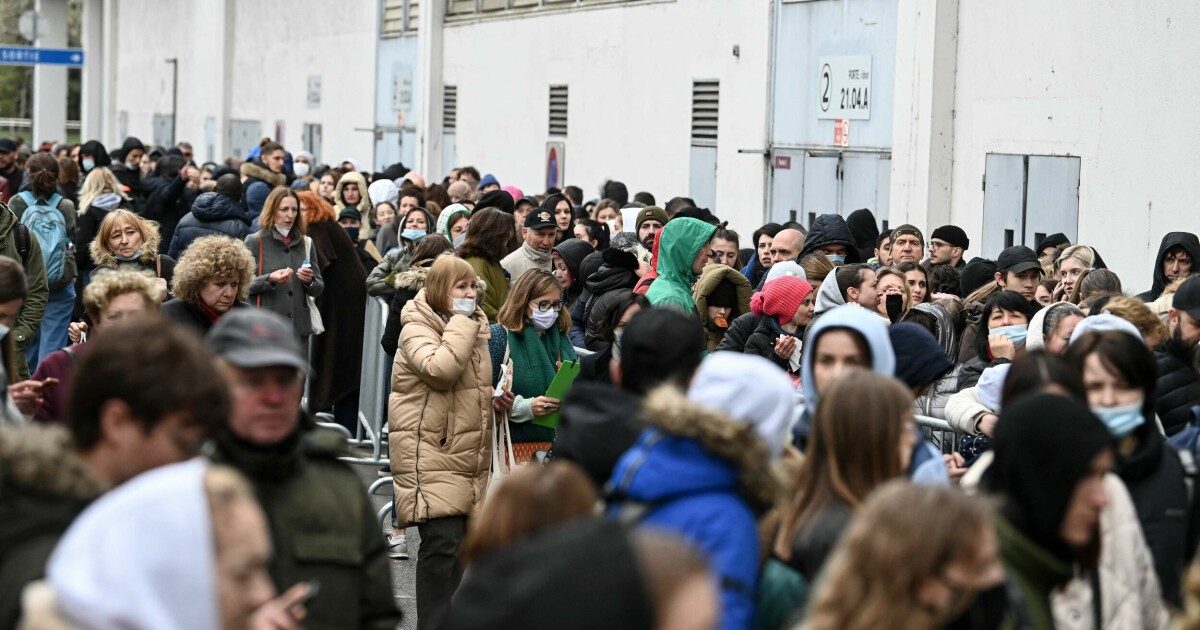 Of all the countries in the world, Ukraine is in the list of the top 20 countries with the highest incidence of multi-resistant tuberculosis. It shows the global tuberculosis report from the World Health Organization.

On Thursday, it was announced that the government would accept up to 5,250 refugees from Ukraine. All of these have an obligation to be tested for tuberculosis within two weeks of arriving in Norway.

– When so many are coming at once, we have to have several radiographers, Helge Stene-Johansen, director of specialists at the hospital in Stfold Kalnes, told TV 2.

The hospital is responsible for checking all refugees, who come to the National Arrival Center in Råde.

– It is very important that they are screened for tuberculosis before they are sent to another reception, says Stene-Johansen.

To be able to clear all lung exams, the hospital is now announcing four new positions. According to Stene-Johansen, the high absenteeism rate is one of the reasons.

– We also have an agreement with Helse Sør-Øst that we can borrow people, if we have difficulty making ends meet, said the director.

The health director, Bjørn Guldvog, told TV 2 that the National Institute of Public Health is in the process of investigating what capacity is needed in hospitals.

– Tuberculosis is just one of many problems. Norwegian hospitals estimate that they can admit 500 patients who need specialist healthcare, but mainly non-tuberculosis patients, Guldvog said.

Multiresistant tuberculosis means that the bacteria become resistant to several types of antibiotics, which are used in medicine. If you are infected with this bacterial variant, you will have to go further for treatment and the best medicine for the disease will not work, several experts told TV 2.

– Tuberculosis is much more common in Ukraine than in Norway, and in Ukraine multi-resistant variants make up about a quarter of all tuberculosis, Anne Ma Dyrhol Riise, section leader and professor in the Department of Infectious Diseases at the University of Oslo Hospital, Ullevål told TV 2.

He is not afraid that there will be a major tuberculosis outbreak in Norway, but stressed that it is important for us to have a good control system for those who come from countries with a high incidence of tuberculosis.

– Provided we can maintain the system we have, we will be able to handle this, said Dyrhol Riise.

Guldvog said, however, that FHI cannot guarantee that it will not pose a challenge to healthcare.

– We’re not currently sure about how big the coverage will be, so we can’t give absolute guarantees that we won’t be short on capacity, Guldvog said.

Chief physician Einar Heldal at FHI is also not afraid of a major outbreak, but stressed that they are concerned about the pressure on hospitals.

– The only concern is that there are more jobs for healthcare, as we expect thousands to come, Heldal said.

The high rates of multidrug-resistant tuberculosis also apply in several other countries in the former Soviet Union.

– The problem in Ukraine and a number of other countries is that they don’t have good enough access to treatment for multi-resistant tuberculosis, says Dyrhol Riise.

He says that without treatment you can live for a while with the disease, but you will need medication to recover.

– One and a half million people die every year because of this in the world. It’s very demanding on patients and demanding health services, he said.

Health director Guldvog stressed health services were still being impacted by the pandemic and said many were tired.

– This is a demanding situation in Norway and for many other European countries, says Guldvog and continues:

– I want to emphasize that it will be a very tough task for Norwegian health services again and we are not completely rested after the pandemic.