Ten years have passed since the death of prof. Wieslaw Chrzanowski | occur 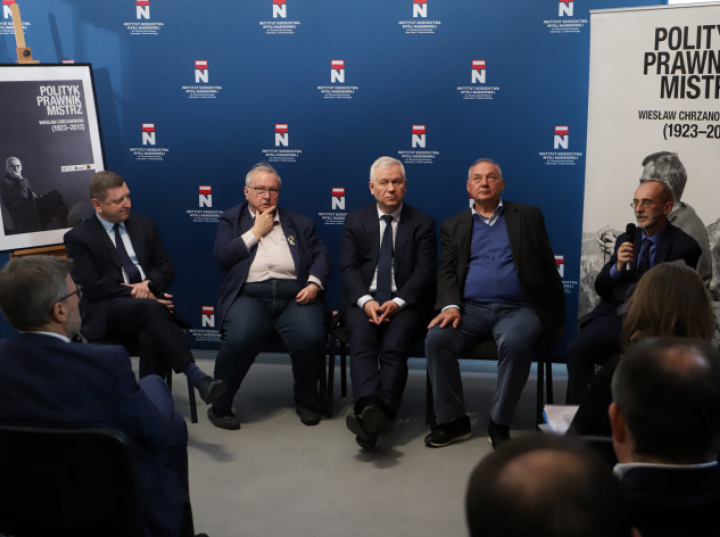 Friends and colleagues of prof. Wieslaw Chrzanowski. “Solidarity” activist Włodzimierz Blajerski recalls the first meeting with the future leader of Christian-National Union during the 1st Congress of “Solidarity” in 1981. In his opinion, one of the most important guidelines given by Chrzanowski at that time to youth activists of the Young Polish Movement suggested the need to create alternative institutions to the communist regime. “The professor taught us to promote independence by ignoring authority and creating institutions,” he said. He added that the collaboration with Chrzanowski was facilitated by the preciseness of the language he used. “Every word reflects what he means. Not a single word was exaggerated in his statement,” said Włodzimierz Blajerski.

In an interview with the PAP, the former Marshal of the Sejm of the Republic of Poland, Marek Jurek, said that the Sejm at that time was led by prof. Wiesław Chrzanowski, is a place where it is possible to “reach a constructive agreement”. He added that many of the legal institutions created at that time, built by right-wing powers in the Sejm’s first term, function successfully to this day. “It was all possible thanks to Marshal Chrzanowski’s organization of a political movement which would not have had parliamentary representation without him. He also participated in the formation of two parliamentary majorities – Jan Olszewski and Hanna Suchocka, ”said Marek Jurek. According to him, one of the most important elements of the legacy of prof. Wiesław Chrzanowski was his influence on the preparation and passing of laws on the protection of life.

He also emphasized the humility of Prof. Wiesław Chrzanowski, who, in his opinion, could be described as a “simple worker in the construction of the Polish Republic, as he focused on building institutions and connecting people, not exposing himself”. He added that the authority of prof. Chrzanowski was very important to the youngest generation of right-wing politicians in the nineties. “He teaches responsibility and awareness that politics is the responsibility of the people. He also assured me that Polish politics requires political thought and intellectual endeavor to define the common good. Without these values, politics is just a wasted game,” said Marek Jurek. During discussions during the night of the memoir, he noticed that this way of functioning in politics was rooted in Wiesław Chrzanowski’s experiences during World War II and communist repression. “He believed that his life should fulfill the will of his friends from the Warsaw Uprising,” said Marek Jurek.

The evening of memory is the introduction to the scientific conference “Polyka. Lawyer. Master. Wiesław Chrzanowski (1923-2012)”. During the session, papers on the life and activities of Wiesław Chrzanowski will be presented, followed by discussion.

Wiesław Chrzanowski was born on December 20, 1923 in Warsaw. Before the war, he was involved in the activities of the All Poland Youth Academic Union, and during the occupation he worked for youth organizations linked to the National Party. During the Warsaw Uprising he fought in the “Harnaś” Interior Army battalion.

After 1945, he became chairman of the Christian Youth Union, which was linked to the Labor Party. In 1948, he was arrested for attempts to create a mass Catholic national movement and “forcibly overthrow the Polish People’s system”. He spent 6 years in a communist prison.

From the mid-1970s, Chrzanowski collaborated with the emerging political opposition. He is a member of the information team at the Polish primate, Card. Stefan Wyszyński. In 1980-1981 he was an adviser to the NSZZ National Committee “Solidarność”; he co-created the first draft of the NSZZ “Solidarność” law. As a legal attorney, he represents “S” in the registration process.

On April 29, the premiere of the film “The Master and Friend. Wiesław Chrzanowski ”on the YouTube channel of the Polish History Museum

In 1989, Chrzanowski was a co-founder of the Christian National Union and the first president of the party, which he led for five years. Later he became chairman of the group’s Supreme Council. He was a marshal and deputy of the Sejm from the first term, in 1991 he became minister of justice in the government of Jan Krzysztof Bielecki and a prosecutor general. He was a law lecturer almost until the end of his life.

From the mid-1970s, Chrzanowski collaborated with the emerging political opposition. He is a member of the information team at the Polish primate, Card. Stefan Wyszyński. In 1980-1981 he was an adviser to the NSZZ National Committee “Solidarność”; he co-created the first draft of the NSZZ “Solidarność” law.

He was awarded the Order of the White Eagle and the Great Cross of the Order of Polonia Restituta. He is an Honorary Citizen of Warsaw.