The ICF is hosting the first virtual World Cup, Prskavec will be riding coach in Troja 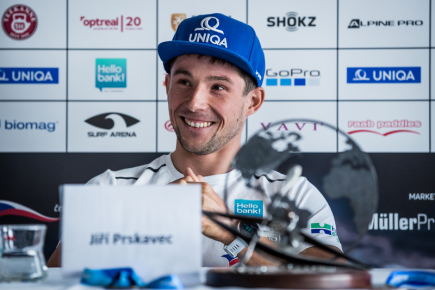 Prague – The International Canoeing Federation (ICF) organizes the first virtual World Cup. On Saturday there will also be a trainers’ race in Troja Prague, where, among other things, Olympic champion in water slalom Jiří Prskavec will compete. This time, instead of a goal, a straight of approximately two kilometers awaited him, the organizers had planned a fifteen minute race.

For that reason, elite Czech kayakers will face an unusual challenge. “For someone who rides in whitewater and between the wickets, the flat ride isn’t the closest, so I can’t say I felt like I did before our World Cup. But I’m going to try it and I’m really looking forward to it because I’m absolutely not can imagine what kind of performance I can pull off in 15 minutes, when my normal performance lasts about 90 seconds,” Prskavec said in a press release.

The category will start at 15:20. He considers racing as part of his training. “I hope to still be able to do the cross country on Saturday morning, and then I’ll be on my way here. I’m also interested in the graphics made for the race and how it will look. If it will be similar to when I do a virtual bike race. I’ve tried it before and I always screwed up,” he said.

Anežka Paloudová, representative of fast canoeing, will also participate in the virtual World Cup. Para-canoeist Miroslav Šperk will also be at the start. He appreciated the event that brought together healthy and disabled athletes. “It’s a great opportunity to try out the coaches and compare yourself a bit with the world. I’m also excited about the full integration into classic sport. That’s how it should be,” he said.

With this event, ICF is giving interdisciplinary canoeists a chance to compete with others in winter and also showing how it works to reduce its carbon footprint. “I think it’s true, and from this point of view, the virtual world cup is very exciting, because the carbon footprint is almost zero. At the same time, most speed canoes can have a good race. Of course, it’s not the same as on the water, but it’s good enough to measure your strength like this during winter,” Prskavec commented.

Hungary will have a strong presence thanks to elite kayakers. Among the first to register was the Olympic 200 meters champion, Sándor Totka, who was joined, among others, by the second person in the Olympic 1000 meters event, Adam Varga. Individual categories are scheduled from 14:00 to 16:20. ICF will broadcast the race on the Internet.