This is how international sport punishes Putin’s Russia 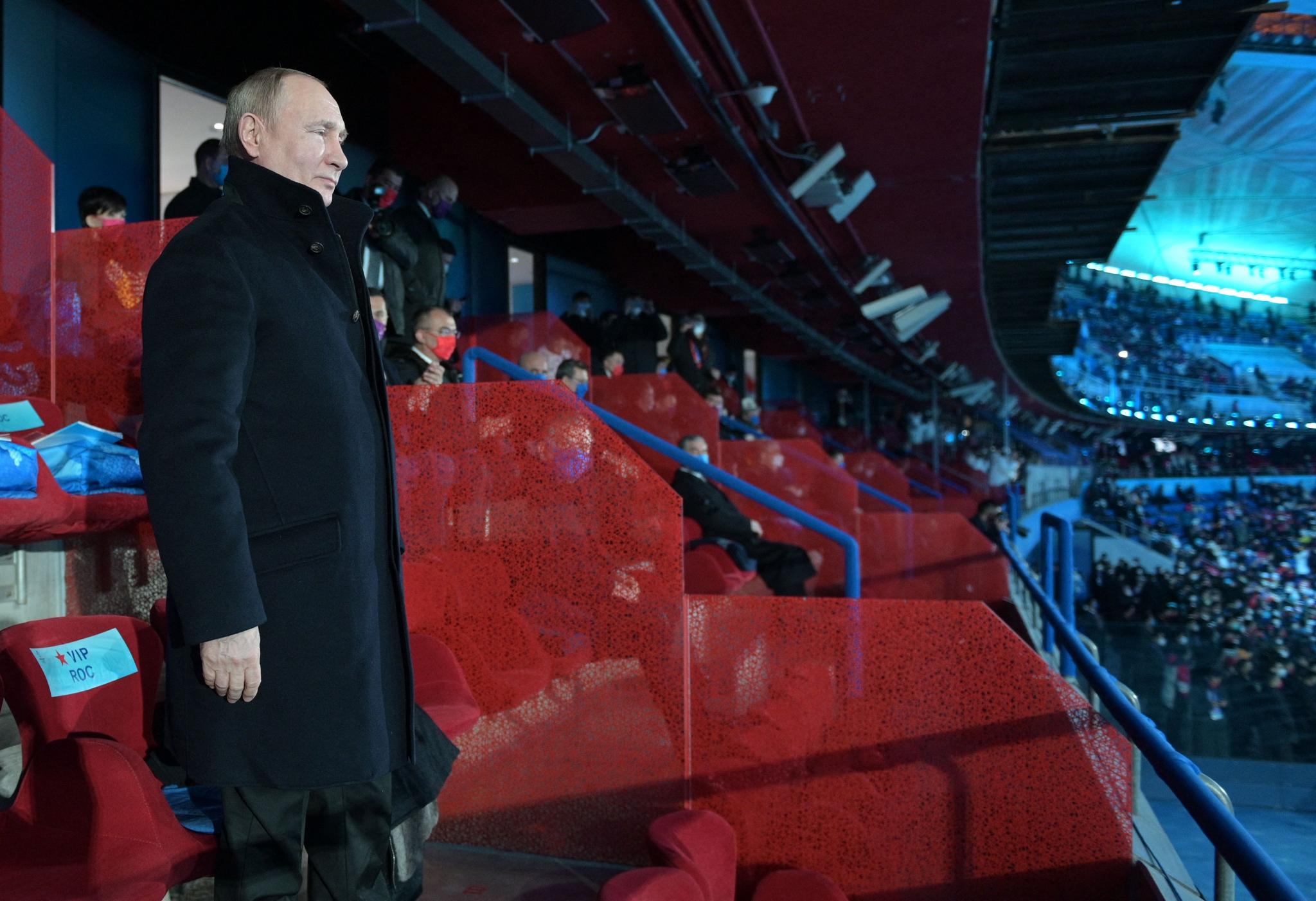 The sports-minded Vladimir Putin was present at the opening of the Olympics on February 4. Now the IOC is leading the fight to exclude the Russian and Belarusian national teams, club teams and athletes from all international sports.

The Russian president himself was stripped of the title of honorary president of the International Judo Federation, and after Russia invaded Ukraine last Thursday, a number of other sports have also opted to impose restrictions and sanctions on Russia.

IOCs: The Council of the International Olympic Committee (IOC) on Monday came to the conclusion that it recommended that Russian and Belarusian athletes not be allowed to participate in international competitions. In a pers conference The IOC writes that where it is impossible to prevent the participation of Russian and Belarusian athletes, either because of too short notice or for legal reasons, organizers and international federations should do everything they can to ensure that athletes are not allowed. to participate in Russia, and the name Belarus.

FOOTBALL: On Sunday, messages came that the International Football Association (FIFA) would not exclude Russia, but that they would play the match on a neutral pitch without spectators. FIFA received a lot of criticism, and has now chosen to turn around. Together with the European Football Association (UEFA), they have now decided that all Russian teams, club teams and national teams, will be suspended from all FIFA and UEFA competitions until further notice.

SKI: The International Ski Federation (FIS) on Tuesday carried out a complete reverse turn and banned all Russian and Belarusian athletes from future competitions.

– I’m so glad FIS ended up in that position. It’s been too long, it could come earlier. We have to take that into account in the evaluation, and then we now have to look forward. “This is a demanding decision and some have had to take longer than we did,” Norwegian Ski Association president Erik Røste told a news conference.

HAND BALL: The European Handball Federation (EHF) on Monday suspended all Russian and Belarusian clubs and national teams from all tournaments indefinitely. Until further notice, judges, delegates and leaders of the two allied countries are also excluded from all activities in the federation. Russia also lost the responsibility to organize, among other things, the qualifying tournament for the European Championship in beach handball in 2023.

SHOCKS: The International Ice Hockey Federation (IIHF) has expelled Russia and Belarus from the federation. As such they will not be allowed to participate in the World Cup in Finland in May. The expected decision also means that Russia will lose responsibility for hosting the Junior World Cup in 2023. The International Ice Hockey Federation states that all Russian and Belarusian clubs and national teams will be banned from participating in all tournaments until further notice.

SKATES: The International Skating Union (ISU) reacted lightly to the war in Ukraine. ISU has no events in Russia or Belarus for the remainder of the season. The association announced on Monday that it was following the situation closely, but did not recommend cutting off the Russian artist, flag or national anthem. The Norwegian Skating Federation has clearly said that they do not want Russians or Belarusians at the upcoming World Cup in Hamar. For practical reasons, it was clear that no Russian practitioners would participate.

FORMULA 1: The World Cup round in Sochi – which was supposed to be held on September 25 – was canceled a day after Russia’s invasion of Ukraine. – When a country is at war, it’s not right to race there, says world champion Max Verstappen. It’s very uncertain about that Russian racer Nikita Mazepin will start the season for the Haas team.

ATHLETICS: World Athletics (International Athletics Federation) imposed more sanctions on Russia and Belarus after the invasion of Ukraine. They removed Russian and Belarusian athletes from their future competitions.

This includes this summer’s World Athletics Championships in Oregon, USA.

– The world was shocked by the actions of Russia assisted by Belarus. World leaders have tried to avoid an invasion through diplomatic means, while there is no sound of a strong Russian intention to attack Ukraine, said athletics president Sebastian Coe.

CURLY: On Monday, the International Curling Federation proposed an amendment to a law under which the council could exclude a member state from international competition if, in the opinion of the board, it could damage the event, jeopardize safety, or jeopardize order. The consultation time limit is three days. The Curling Association warned that they could remove Russia from the upcoming World Cup.