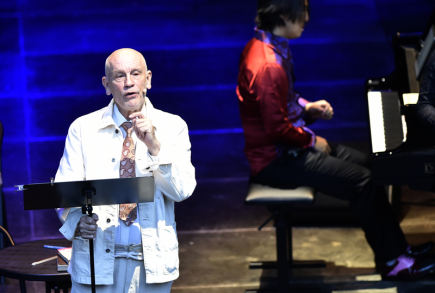 Prague – American actor John Malkovich will present Ramirez Hoffman’s play The Infamous at its world premiere in Prague. This is again a one-actor play, in which Malkovich himself performs accompanied only by musicians, as was the case with his previous performance in July this year at Kroměříž. Pavel Pešek informed ČTK about today’s performance on behalf of the organizers.

The acclaimed actor gave a solo performance at Podzámecká in Kroměříž, where he played a bitter music critic. Kroměříž is the only place in the Czech Republic where interested parties can see the play The Music Critic, who is on tour with Malkovich.

He has chosen Prague for his next play, he will perform at the Congress Center on November 11, and only then will he tour with it. He will be accompanied by violinist So-Ock Kim, Mario Stefano Pietrodarchi with the bandoneon and pianist Anastasya Terenkova. The drama will be performed in English.

This new play is based on the last chapter of the book Estrelio Distante by Chilean writer Robert Bolaň. The novel was published in Czech as Distant Star. The narrator tells with a mixture of horror and fascination several episodes from the life of the poet, whom he met in the early 1970s. A man creates poetry by writing verses in the sky on a jet plane.

The quest for who this poet’s war pilot really is, what art means to life and how many other people’s lives one is willing to sacrifice for his signature art forms the backbone of a narrative full of twists and turns and other stories. The book, considered by literary critics to be one of Bola?’s most important works, is a fable about a con artist who cares only for aesthetics rather than any ethics, and another variant of Bola? for modern forms of crime. .

John Malkovich is a well-known American actor, director, theater designer and producer. He has appeared in more than 70 films and is the holder of several important awards not only theatre. At the 44th annual festival in Karlovy Vary, he won the Crystal Globe for outstanding artistic contribution to world cinema.