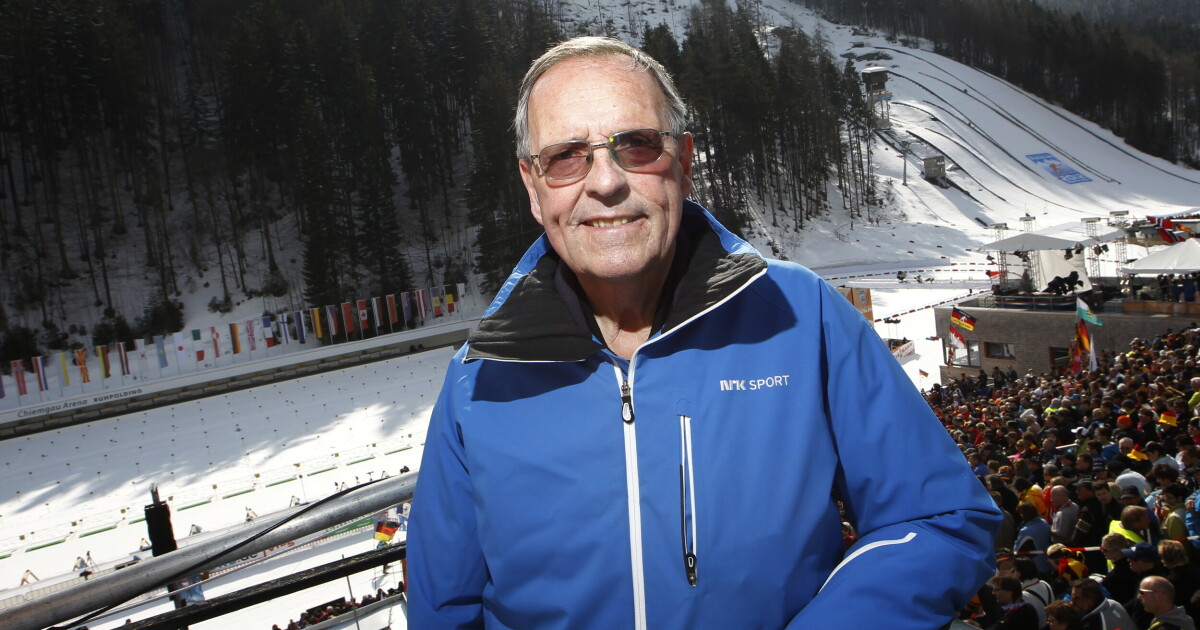 – He died Sunday night after a long illness. He sleeps peacefully with those closest to him, says his son Jon Christian Herwig Carlsen NRK.

– He has created enthusiasm. Not everyone is able to communicate that way. He is always ready, even in his most serious moments he manages to use humor in the right way. “What I think about most now is that he has become an inspiration, even how serious it is, you can have fun,” said Skjelbreid.

Carlsen commented on all the races to Skjelbreid and also worked with the commentator legend for several years. He said he would remember Carlsen as a very good friend and colleague.

– Just mentioning his name already makes me smile, he may have contributed to many others too. This is a unique feature, Skjelbreid believes.

– This is very sad. This is a fantastic TV personality who has passed away and at least a very good friend who has left. Very sad, Lunde said to Dagbladet.

You have worked together for many years and are good friends. What do you remember most about him?

– There are many things. That’s his foresight in preparation. That he always insisted on getting the initial list, which I was responsible for printing to him. How did he prepare at least the social part. How nice it was for us to do it in the evening after the race. These are important things that I value.

He especially remembers the long journey. Because if there’s one thing Jon Herwig is good at, it’s good storytelling, he said.

– Maybe the journey we have, I think, between the arenas of the World Cup. How nice we can have it in the car. And how many stories he tells us. I just have to say that. He is an absolutely fantastic storyteller. Everything he experienced was completely wild.

Carlsen started in motorsport and ice hockey, but since 1976 he has been commenting on biathlon. He resigned in 2016 after sitting behind the microphone for 45 years. As an athlete, he became the Norwegian champion in ice hockey and handball.

How will you remember legendary commentator Jon Herwig Carlsen? Share your best memories or send your last greetings here.

* Worked at Kampen school before moving to NRK

* Continued as speaker at Askers match in Føyka after NRK career ended.

* Received the Gullruten honorary award in 2007 together with Kjell Kristian Rike.